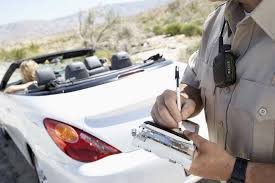 There is a potentially more expensive cost just in case you’re still reeling at the upfront fine . That is: the increase to your monthly insurance premiums. It has been shown that a single speeding ticket could lead to a 20% rise in insurance premiums though insurance providers hardly reveal the specific formula they use to calculate premium.

The good news is that knowledge is power when it comes to traffic citations and speeding tickets. Understanding your options can help you reduce the cost of the ticket. It can also help you understand the impact to your auto insurance, and other negative effects like points on your license.

Ticket and citation are used interchangeably. They mean the same thing. They are documents that state an individual has been made aware of a motor vehicle violation by a law enforcement agent. Both terms can be used conversely. Most jurisdictions don’t have two separate categories for citations and tickets. Therefore, a citation is essentially a type of ticket.

The document that an officer provides after a traffic law violation is a citation. The citation states the offense, the consequences, and any required follow-up actions, such as a court appearance.

Some common citations include:

Types of citations in Ticket vs Citation

There are three major classes of a traffic citation:

What do you do if you get a Citation or Speeding Ticket?

How do you respond to a citation

The best way to respond and avoid further penalties vary depending on the type and severity of the ticket. Even though specific traffic laws differ by state and, in some cases, by county, there are three primary types of tickets:

A written warning from an officer requires no further action. However, it’ll be wise to address the cause of the warning promptly.

If you’re pulled over for an offence for which you’ve been warned about before in the same jurisdiction, you’ll likely receive a ticket. When you receive a written warning, you should try to fix the problem ASAP. This is necessary so as to reduce the likelihood of future tickets and harsher penalties.

In some cases or jurisdictions, you may instead be issued a citation with a condition. The condition may be that if you remedy the problem and return to a police station within a certain period, like 48 hours, the citation will be thrown out, and will never appear on your record.

You will be given a time frame within which to respond if your citation includes a fine or penalty. Failure to do so, you risk a higher fine or other consequences.

Below are some of the most common courses of actions when issued a citation like this:

Here you pay the fine, usually online, by mail, by phone or in person. This depends on what is accepted in the jurisdiction where you were issued the citation.

You plead not guilty

In this case, you elect to contest the charge in court. You can ask to have your court date delayed, if necessary.

You pursue a deferral

Here, you pay a fee, and after a period of time, if you haven’t received any further citations, your ticket will be dismissed. After this, it will not appear on your driving record.

If you receive a citation within your deferral period, you will be held responsible for the penalty on the original violations. Both the new and original violations appear on your driving record. Note however that deferrals are not available in all jurisdictions.

Criminal violations mandates you to go to court to attend an arraignment. During your arraignment, you hear the charges against you and you choose to either:

Examples of violations that are criminal in nature include driving:

Can You Negotiate a Speeding Ticket?

There are circumstances in which you can negotiate down a speeding ticket. However, the jurisdiction matters a lot in considering what is possible and what is not. According to attorney Ben Luftman, who focuses on traffic violations and criminal law at Luftman, Heck, and Associates LLP in Ohio, some tickets have greater potential for negotiation than others.

If you intend to negotiate your ticket, take detailed notes of the circumstances ASAP after the citation. This is necessary to avoid forgetting anything.

Some states have programs that dismiss the case if a certain period of time passes with no further traffic citations. Other states have defensive driving courses that you can take to have your ticket reduced or dismissed.

If you are found guilty of a traffic violation, the information is recorded on your motor vehicle record (MVR).

However, there are several ways through which you may be able to keep a ticket off your driving record. This depends on the laws in the jurisdiction that issued your ticket. These steps could include:

Your MVR is maintained by the state in which you are licensed. Information related to licensing, traffic violations, and traffic accidents are all included in this record.

The normal penalties for accumulating enough points are license suspension or revocation. Violations that you are charged with out of state are, with few exceptions, reported back to the state that you are licensed in. This simply implies that these violations are added to your MVR and often count as points on your license.

When you receive a moving violation, it can raise your insurance costs. The magnitude of the impact, however, depends on a few other factors.  This includes question as to whether this is your first violation or one of multiple offenses.

According to Charlie Wendland, a ticket is one of the many variables that go into rating someone for their insurance, and it certainly impacts the amount of their premium. We also factor in how long ago the incident took place, and whether it was a serious or minor violation.

In Ticket vs Citation, the rules surrounding driver’s license points, including the point values for specific offenses vary by state. Likewise, it’s hard to tell the exact effect of points on your insurance rates. This is because each insurance provider calculates premiums differently. One thing is certain though: getting too many points usually results in a jump in rates.

Due to the fact that the drivers are worried that a ticket has driven their insurance rates up, many insurance companies started offering data-based programs to monitor defensive, safe driving practices. These software applications share data with your insurance provider. If the data shows a positive driving record, they may reduce your premium.

According to Wendland , “We think the tech is in its infancy, but it is maturing rapidly because there is a demand in the market for usage-based insurance,”

You check with your insurance provider and local DMV to see if your state offers any defensive driving courses that you can take to reduce the points or fines you get from a speeding ticket. The National Safety Council offers a great means to check the availability of these programs in your state. If your insurer doesn’t object to it, participating in these programs can help reduce your insurance premiums after a traffic violation.

Does a ticket stay with you forever?

Criminal records appear on background checks. Therefore they can also negatively affect everything from potential employment to adoption eligibility.

When a violation appears on your criminal or motor vehicle record, most states will permit you to apply to expunge an item from your record.

The process and eligibility for expungement varies from state to state. However, if you succeed in doing that, the violation will no longer show up on your criminal record.

A conviction that is expunged from your criminal record may remain on your driving record in certain cases and jurisdictions. If your insurance company is aware of your conviction before its expungement, they may increase your rates.

SEE AUTO INSURANCE NEAR YOU